The GFE in few words

Christine Reade has lived quite a lot in her college years. Indeed, she went from law student interning at a prestigious law firm to sex worker.

But she is no ordinary woman. Young and brilliant, she has an inkling of this world of transactional relationships through Avery, a classmate. And as it turns out, she is also her only friend. She is the one who introduces Christine to The Girlfriend Experience. 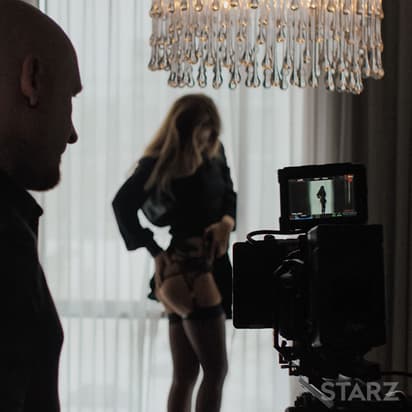 These Girlfriends are not the ones you meet while in line at some random coffee place or at the corner shop. Instead, they come with recommendations and only date high-profile men. But what they have to offer is more than the typical boyfriend-girlfriend routine. They are extremely well-paid dream peddlers. They entertain the perfect normalcy of powerful and wealthy men, looking for emotional connections and sexual interactions. And these experiences come without the drawbacks of regular relationships.

Wealth, Intimacy and Control are at the forefront of this practice.

With two lives at hand, Christine quickly learns the tricks of the trade and builds her own business. As she develops a client list and a good reputation, she earns great success and money. These achievements give her the independence to live a larger life. Empowered by this part of her life, she gets to experience first hand the exhilarating taste of control and intimacy. And as the end of season 1 looms, she learns that this experience comes with its share of risks and heavy consequences.

Kulture Fokus’s take on the show

Released this year on April 10th, the show was created and written by Lodge Kerrigan and Amy Seimetz. It is based on the 2009 film of the same title by its now Executive Producer, Steven Soderbergh. The first season of this 29 minutes-long drama is made of 13 episodes which were all directed by the show’s creators. It stars rising actress Riley Keough as lead, and Paul Sparks (whom we mostly know for his brilliant performances as Mickey Doyle in Boardwalk Empire and Thomas Yates on House of Cards) as David Tellis, a power lawyer, married with children and also a partner at the firm where Christine will land an internship. The show, set in Chicago, illustrates the banality of intimacy in the modern world and how difficult – and pricy for some – it is to achieve. 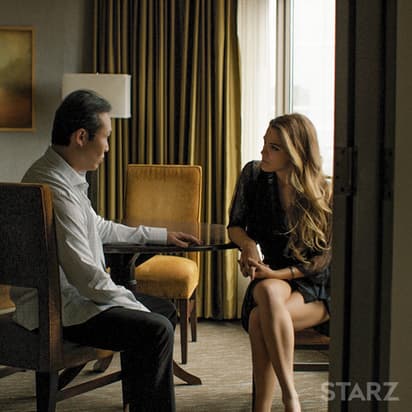 And even though sex is on of the central topics the show deals with, human connections is, I think, the key one the viewer should give focus on as the intrigue unfolds. In a society where virtual relationships and connections have become elementary, The Girlfriend Experience tackles the emptiness it leaves us with. But it also brings to light the eagerness for real raw intimacy in relationships. Lust is a just pretext here for these men as well as for Christine.

Her ability to charm, capture and connect with each of her clients is what makes her Girlfriend Experience so special for her customers. She perfectly blends in each scenery and is able to relate to the void in each man she exchanges with. And in doing so, she reveals her own weaknesses and needs.

While using her sexuality as a pecuniary stepping stone, she also gets her batch of human connection. Indeed, in the first season there is a build-up disconnect between Christine and the rest of her world: whether that being with her family, especially with her sister Annabelle, Avery, David or with her studies. She clearly lacks a support system because her only interactions are with Avery, briefly with her roommate/ex, and few employees from her internship.

So progressively, her life becomes the Girlfriend Experience with her clients being the center of her attention. And that happens to be even more important after Avery’s disappearance. And it can certainly explain why she decided to pursue with this path. And at the end of the season, there is a clear and soft shift of priorities in Christine’s life. She decides to own what she is. She takes full control and dives without restraint in The Girlfriend Experience.

On the other hand, the show also offers a strong, unapologetic and complex female character. Christine Reade is as intelligent and strong, as she is manipulative and in apparent control of her life. And unlike so many young ladies out there, she doesn’t lack confidence. She is sure of her beauty and mind, but also of her power of seduction. She appreciates sex and isn’t afraid to explore the intricacies of her own sexuality while on the Girlfriend Experience. And when she is not working, she is looking to satisfy that thirst and , but only through online video chats.

And in that she finds herself in a dilemma of wanting and craving intimacy and not being able to achieve it on her own terms, because she is detached from her emotions and rejects the full meaning intimacy. Surely, it is something some people can relate to.

If you want to check it out, The Girlfriend Experience is now available on Starz On Demand.

For those who enjoyed the first season of this show, you will certainly rejoice in its renewal for a second round, with one extra episodes this time, and with new characters and storylines. Unfortunately, Riley Keough will not be part of it.